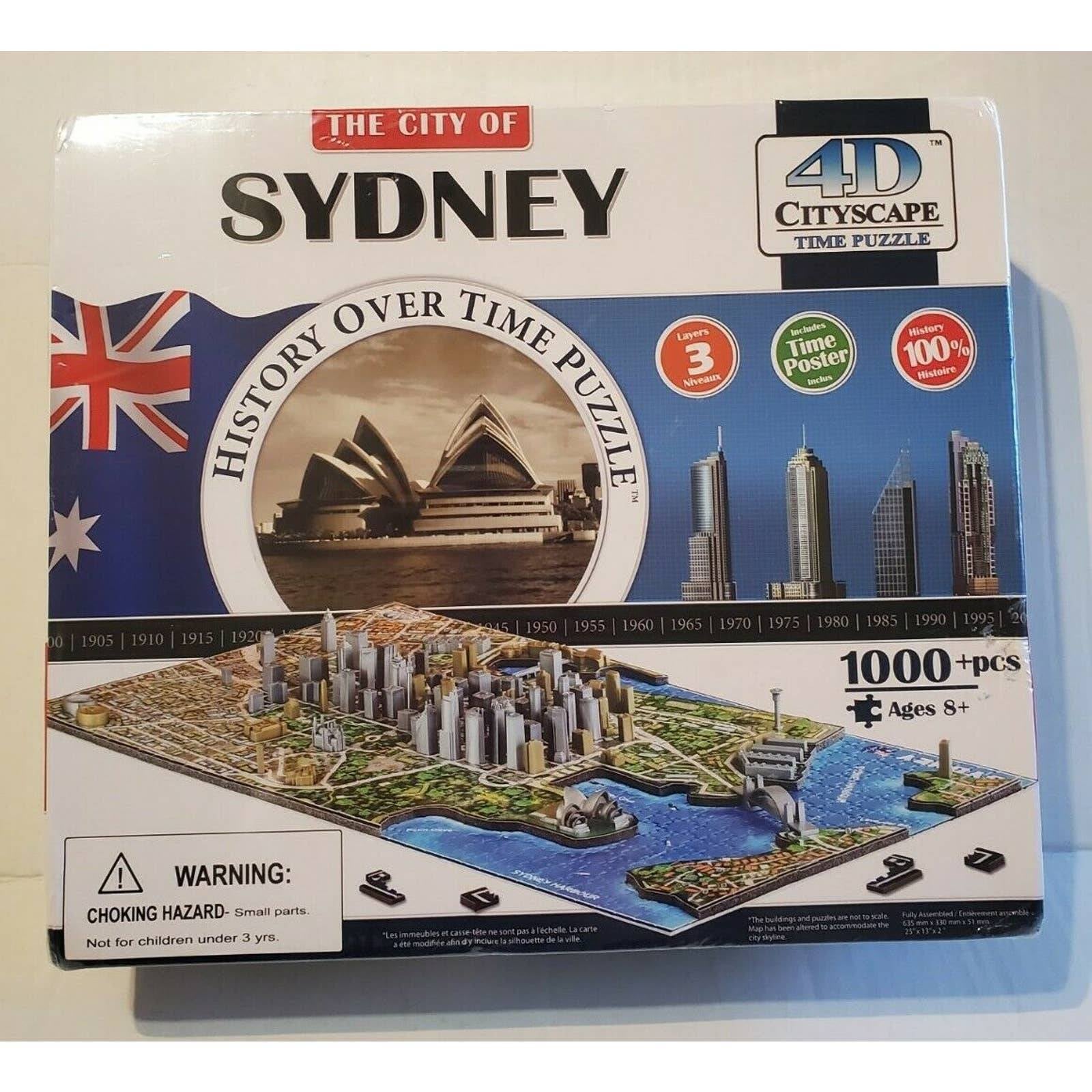 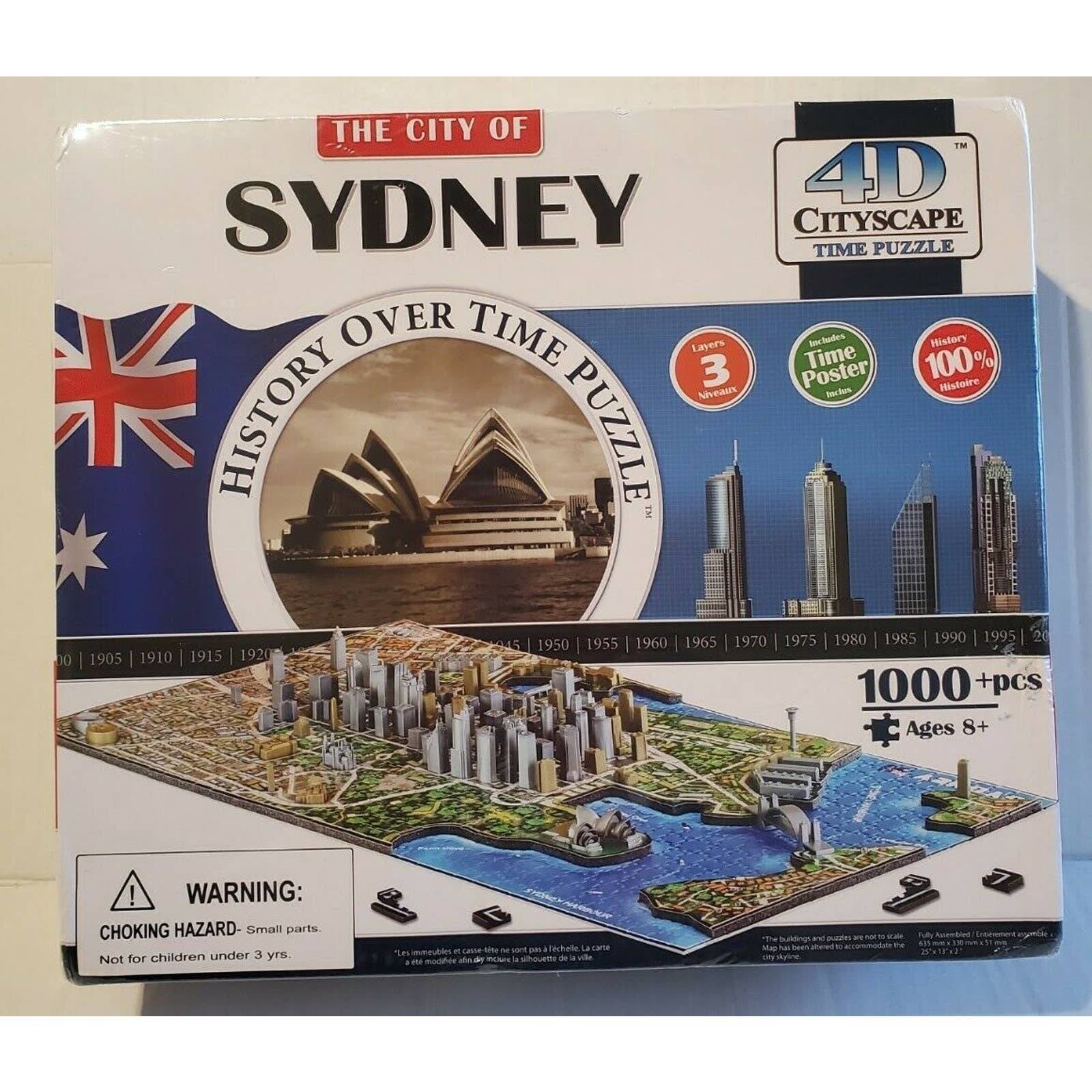 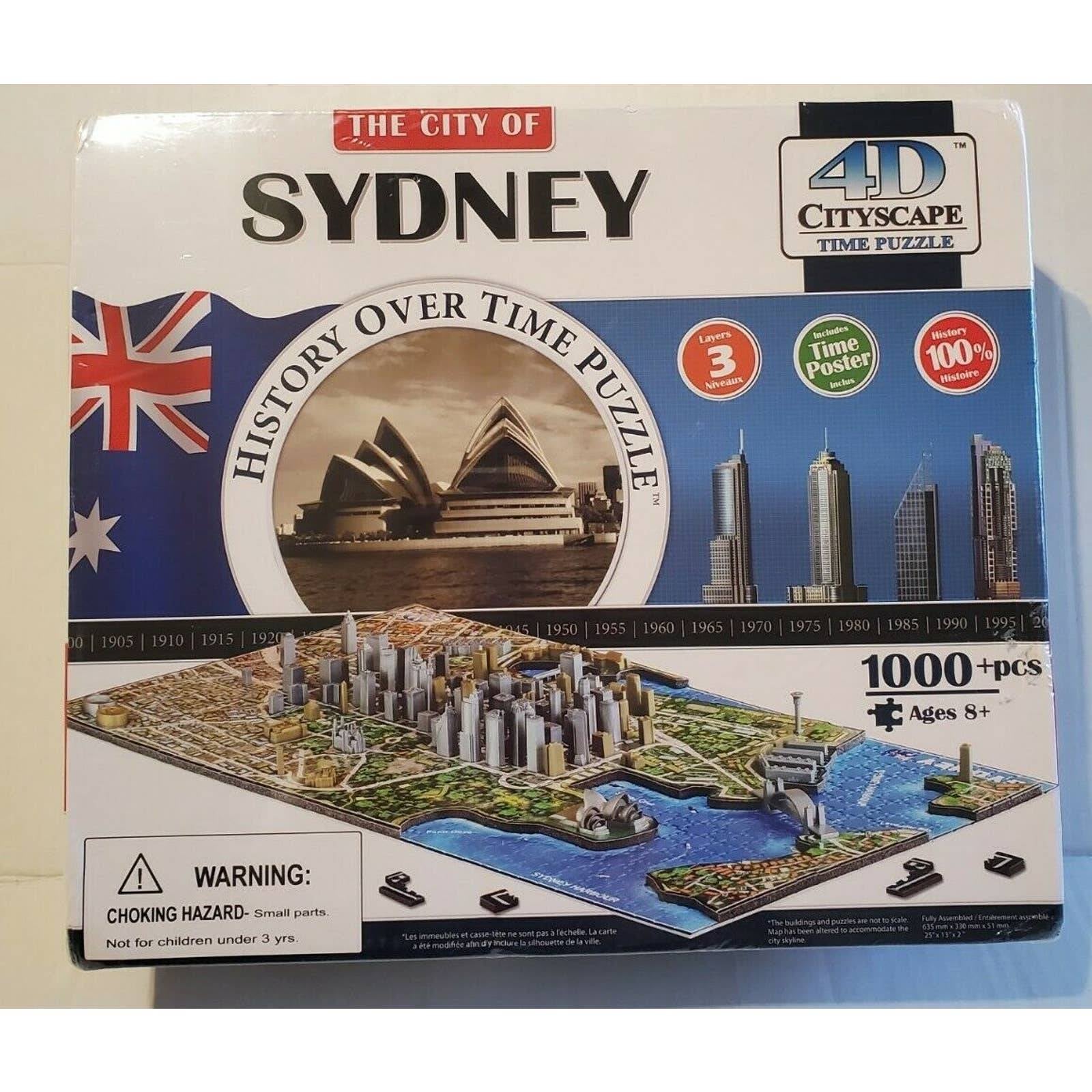 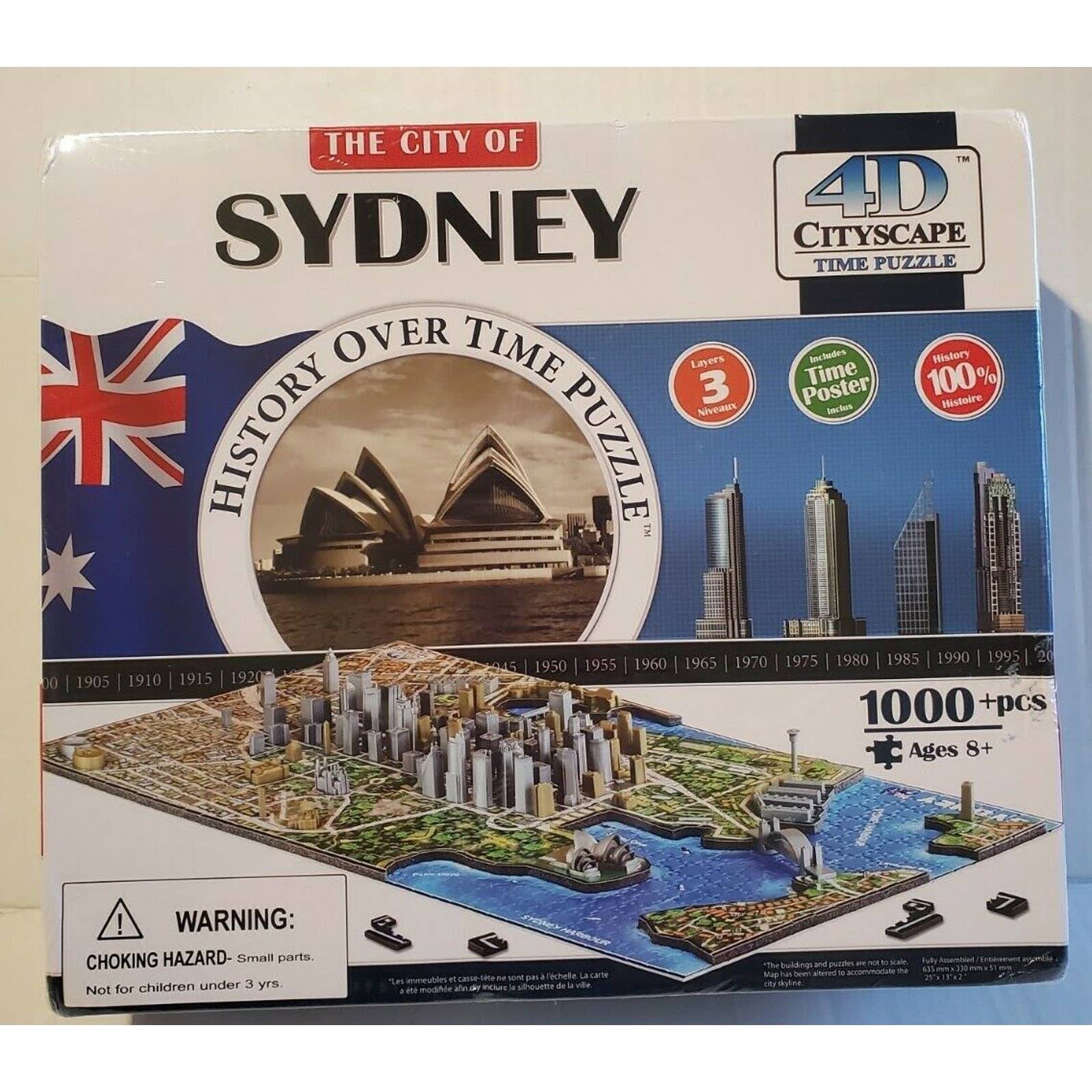 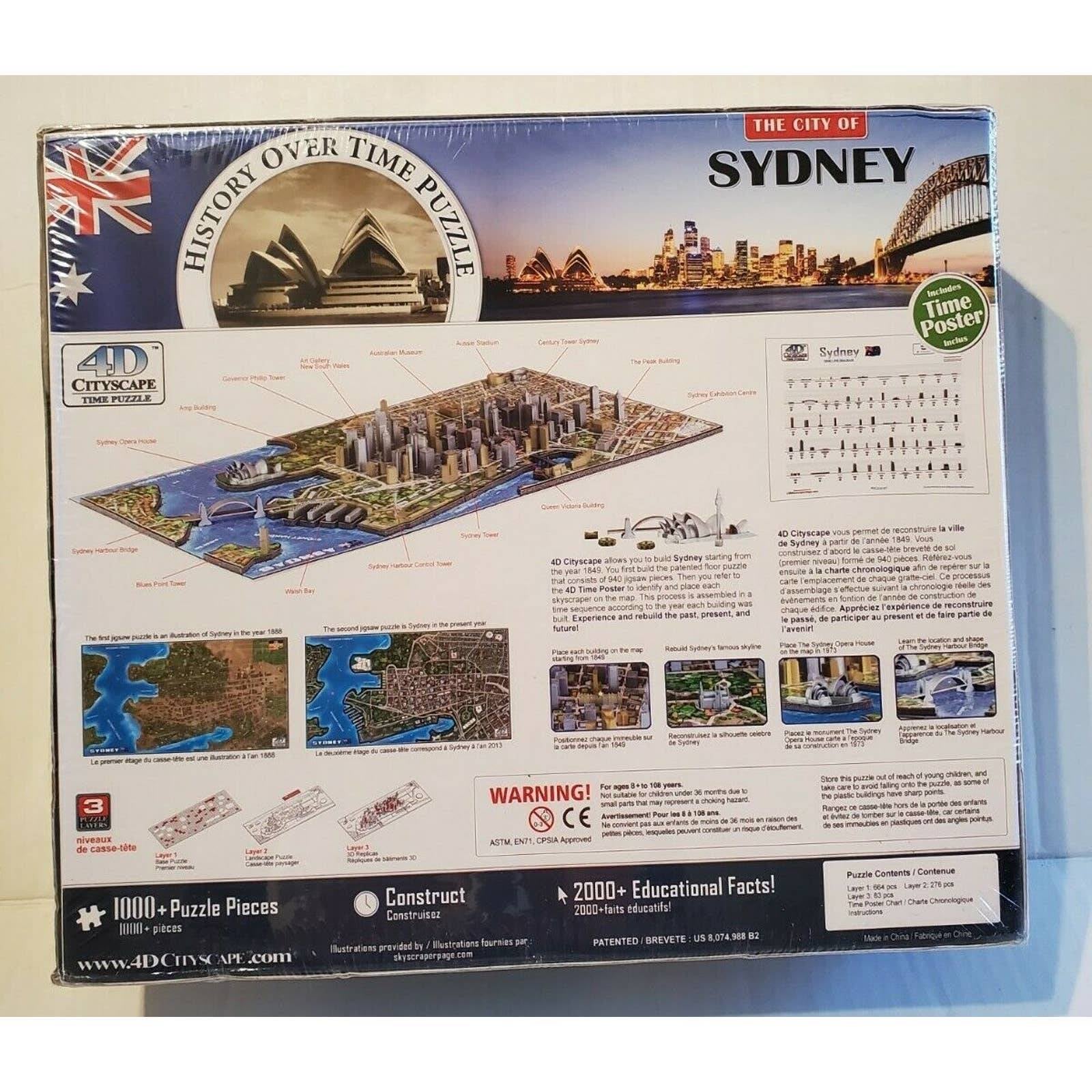 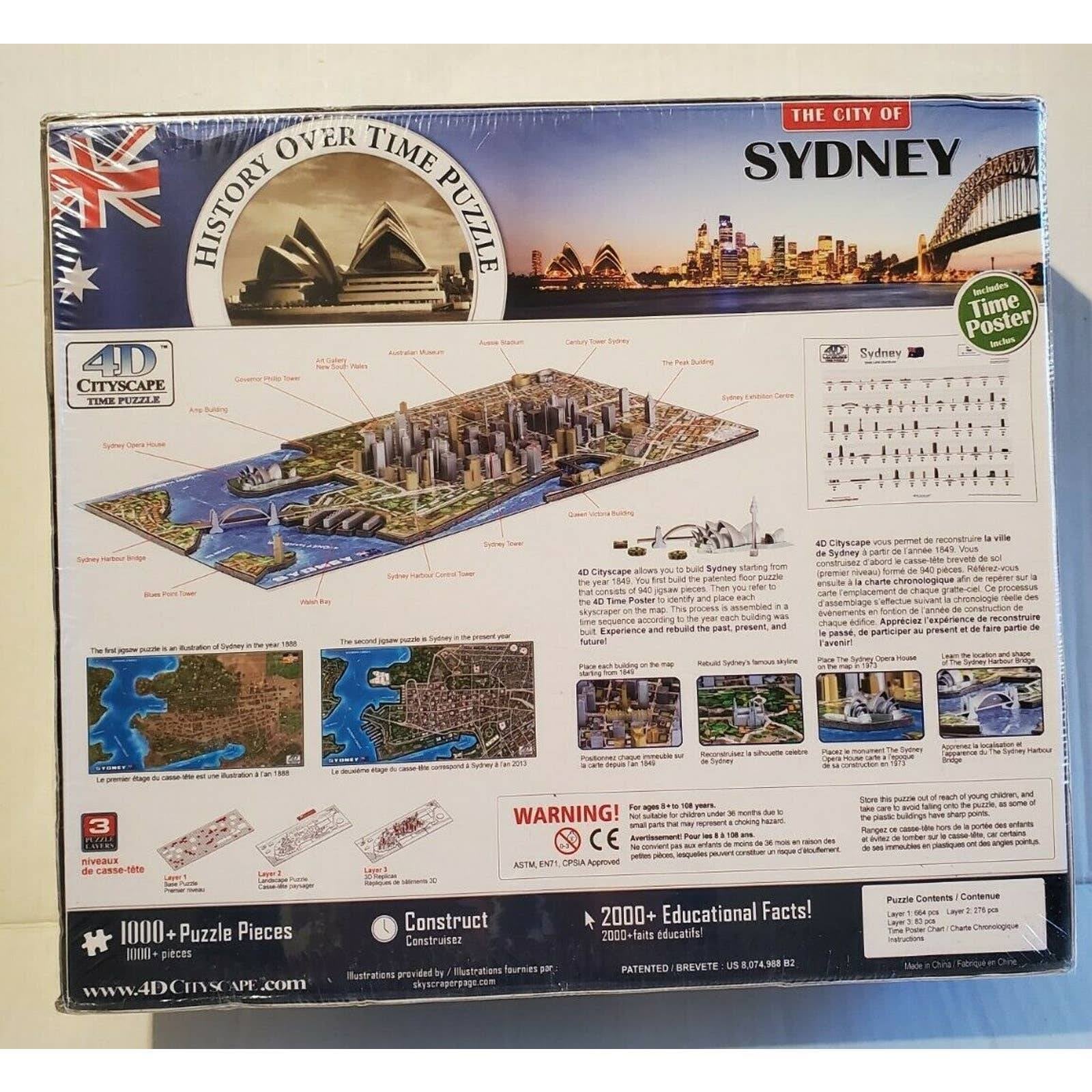 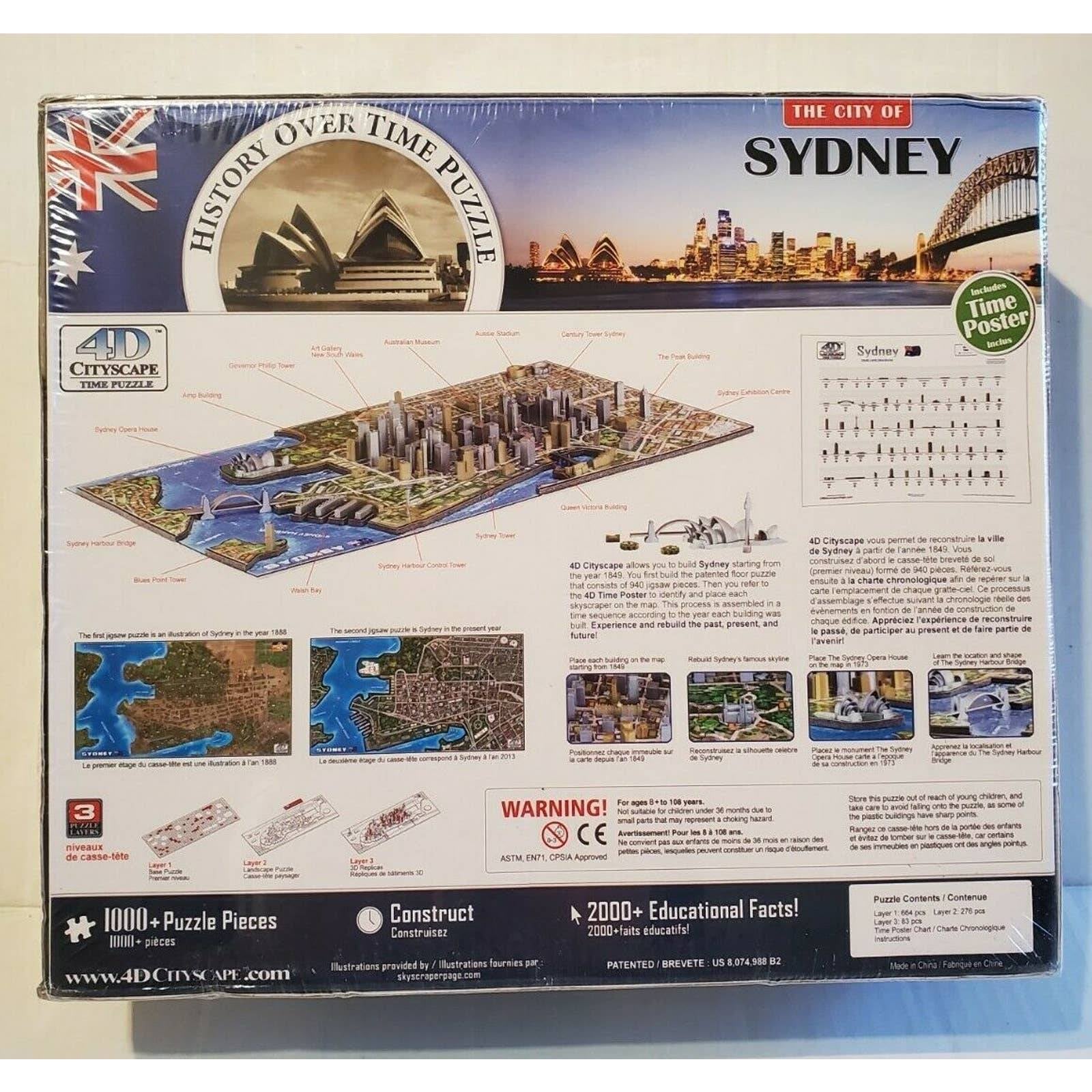 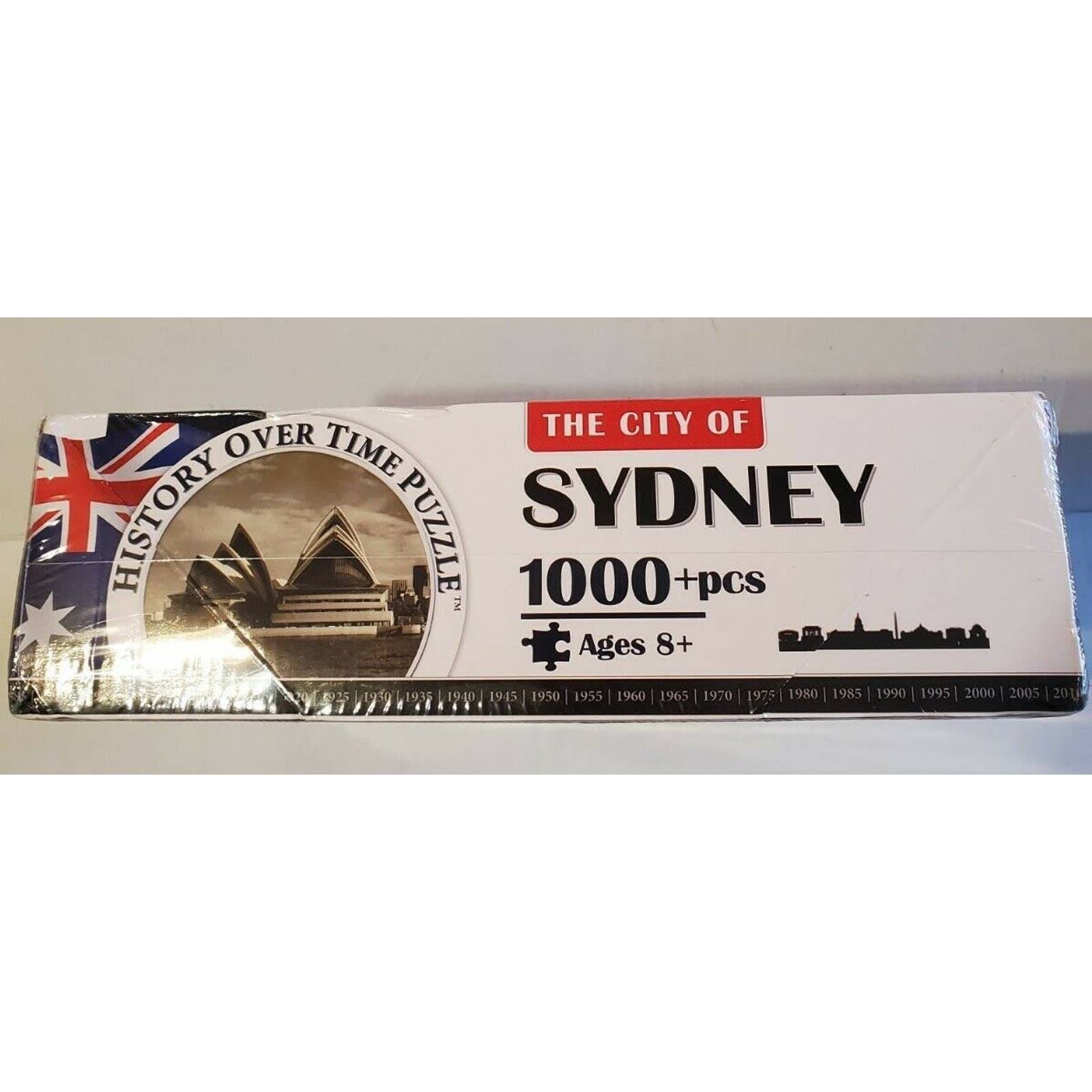 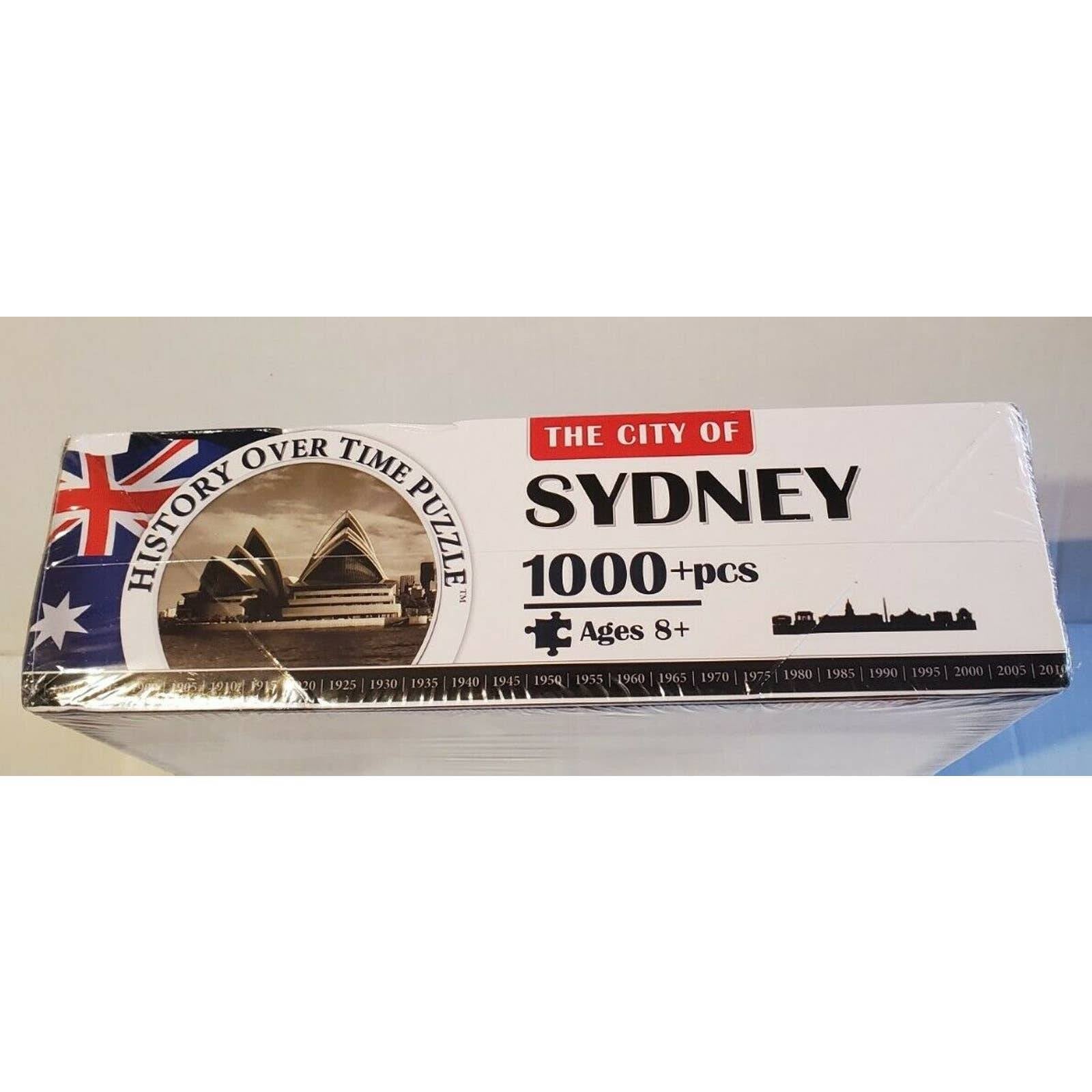 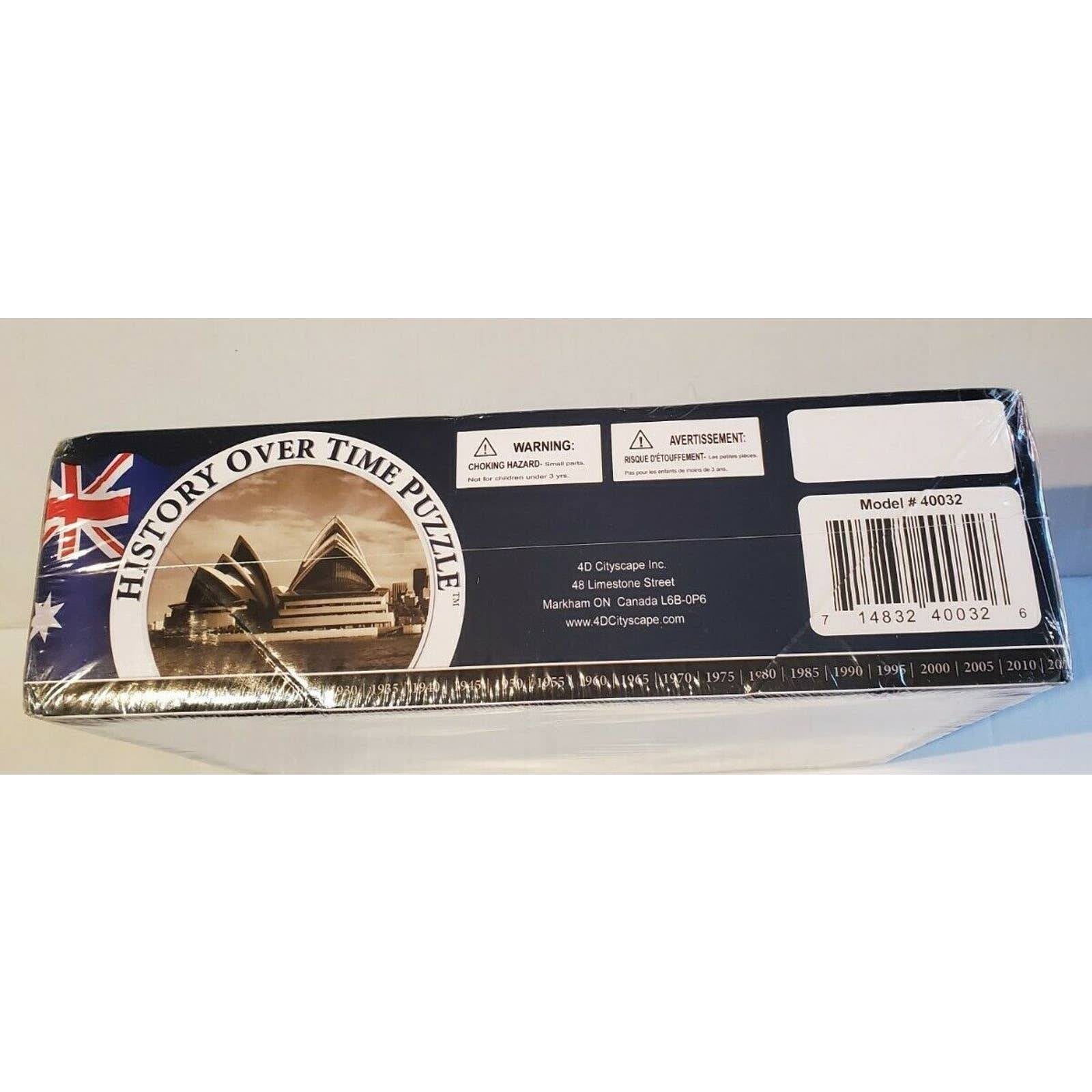 This puzzle recreates Sydney's world famous skyline, not only in three-dimensions, using scale-model buildings, but also along the fourth dimension of time - spanning 100 years of architectural history. The puzzle includes 84 building replicas that depict Sydney's skyline as it appeared as far back as 1912 through to 2010. The puzzle includes such iconic structures as the Sydney Harbour Bridge, Sydney Convention Center, and the famous Sydney Opera House.

The base of the puzzle is a traditional 2D jigsaw puzzle that forms the city's street layout. During the process of constructing the base map, one learns about Sydney's neighborhoods, streets, and more. Once the puzzle base is complete, the vertical building of Sydney begins by placing 84 buildings and skyscrapers in chronological time sequence. This is done by following the enclosed 4D Time Poster.

The price is firm due to the free shipping 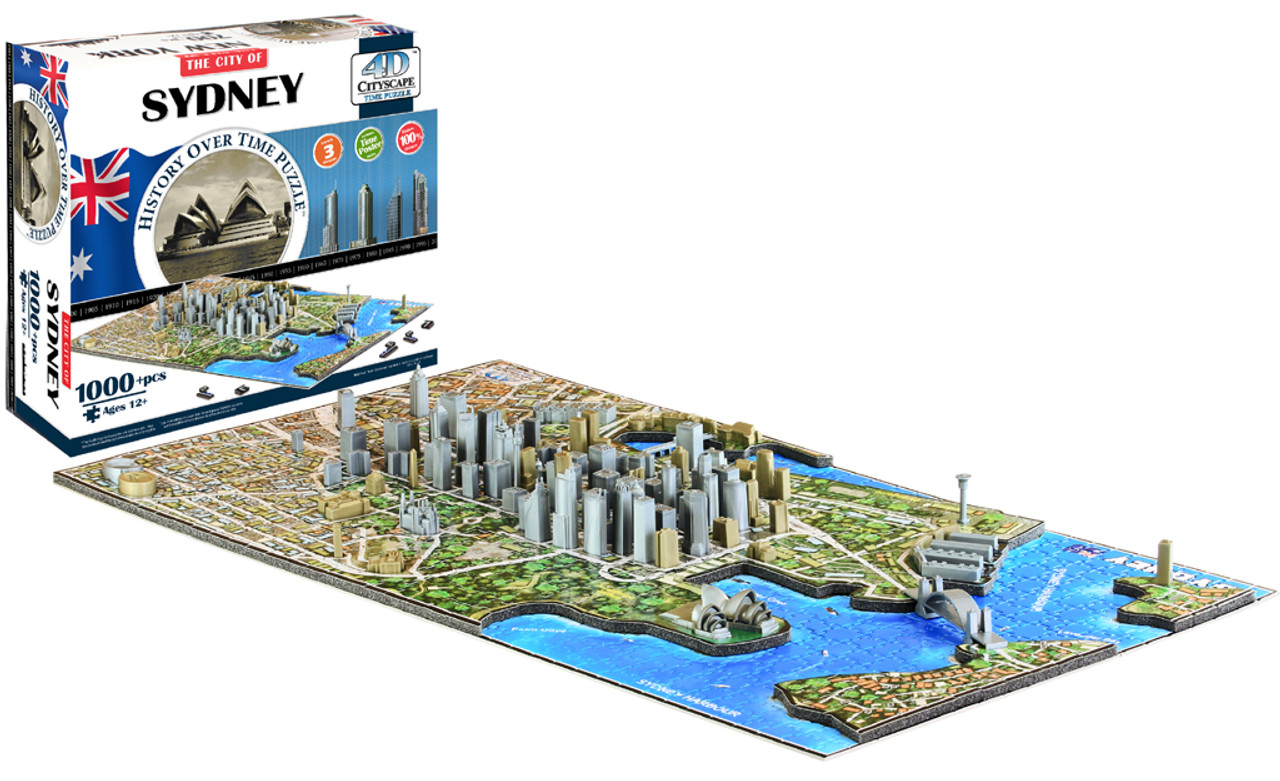 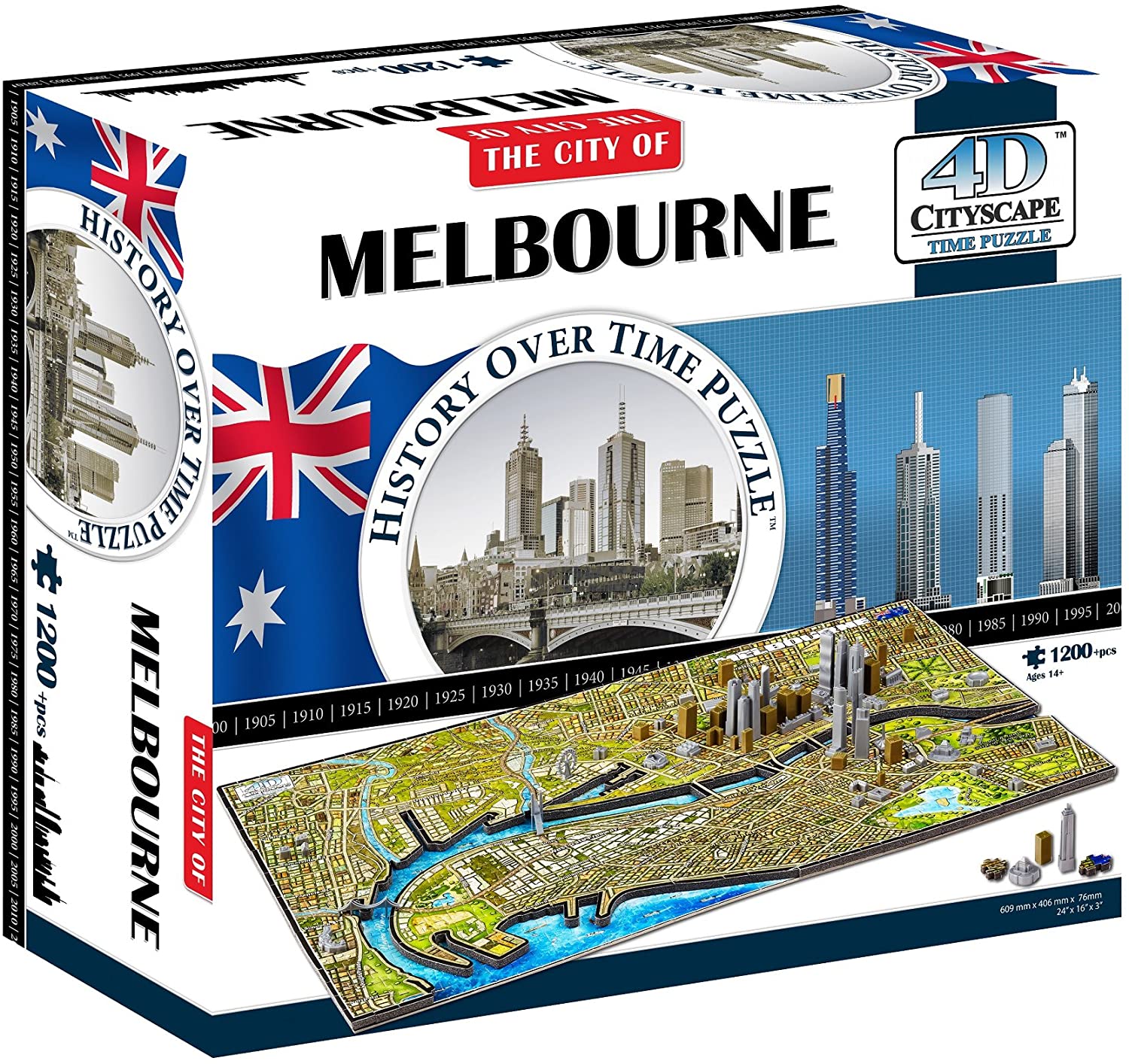 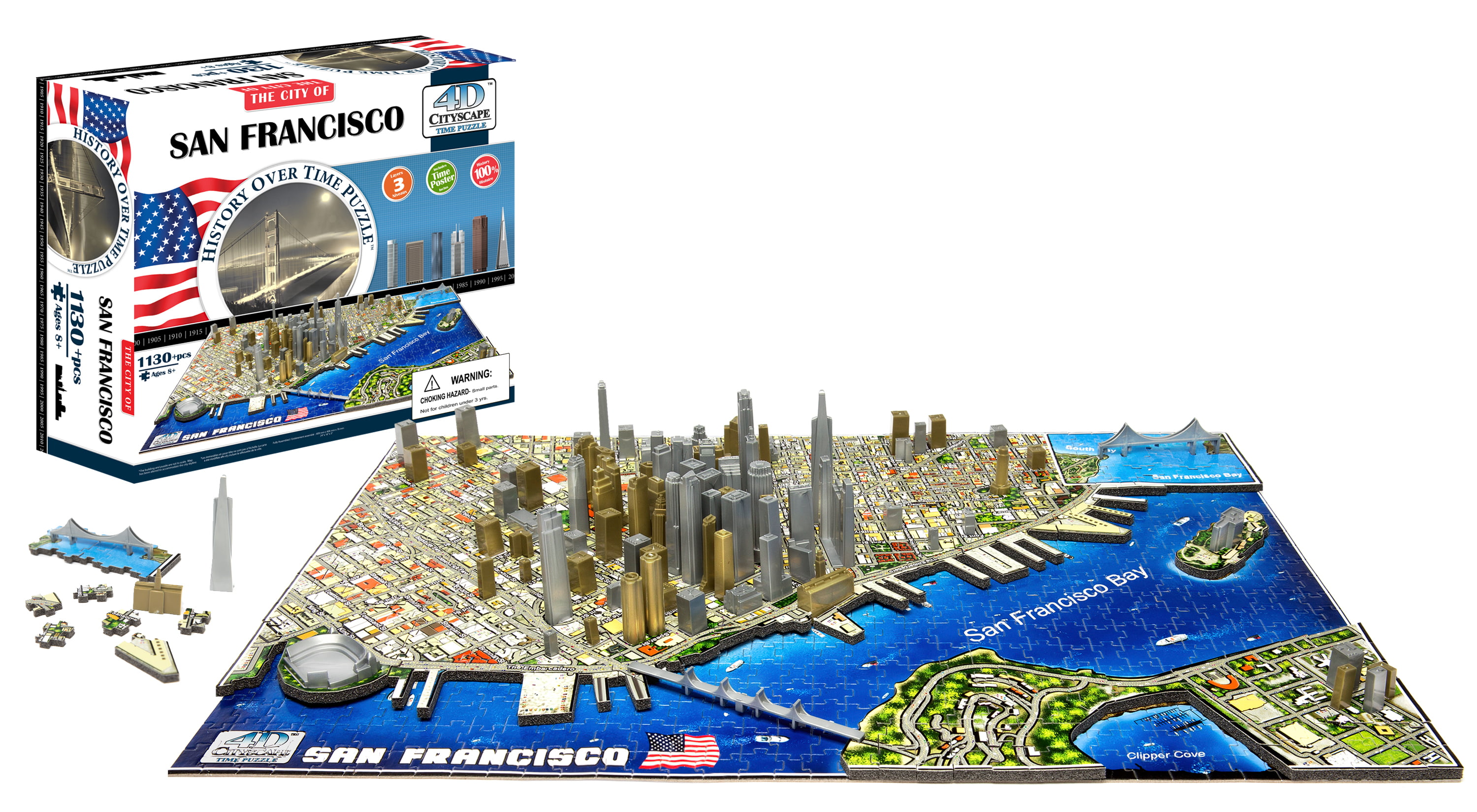 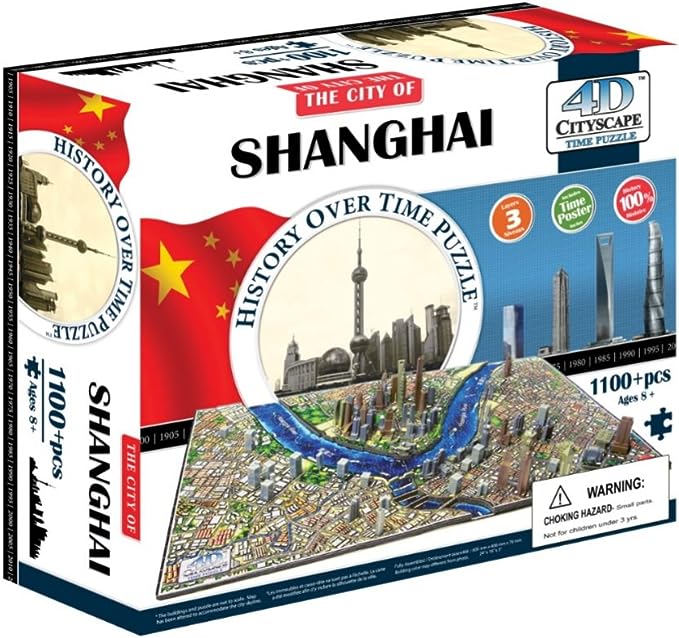 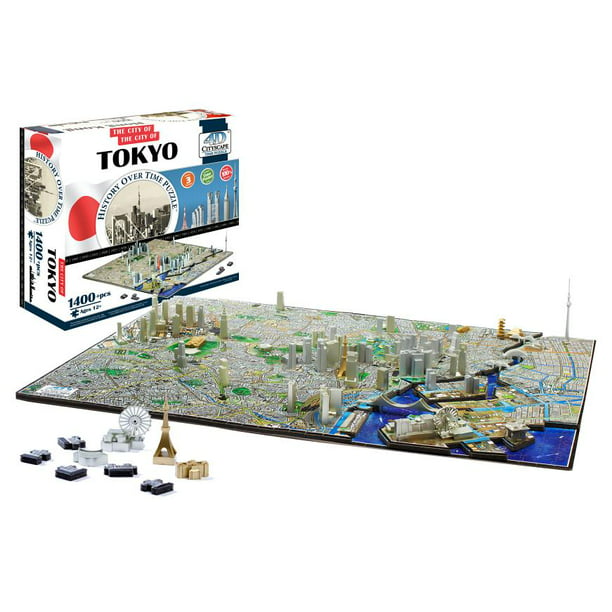 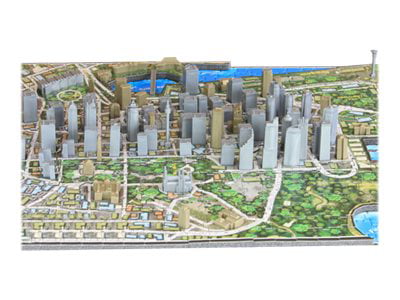 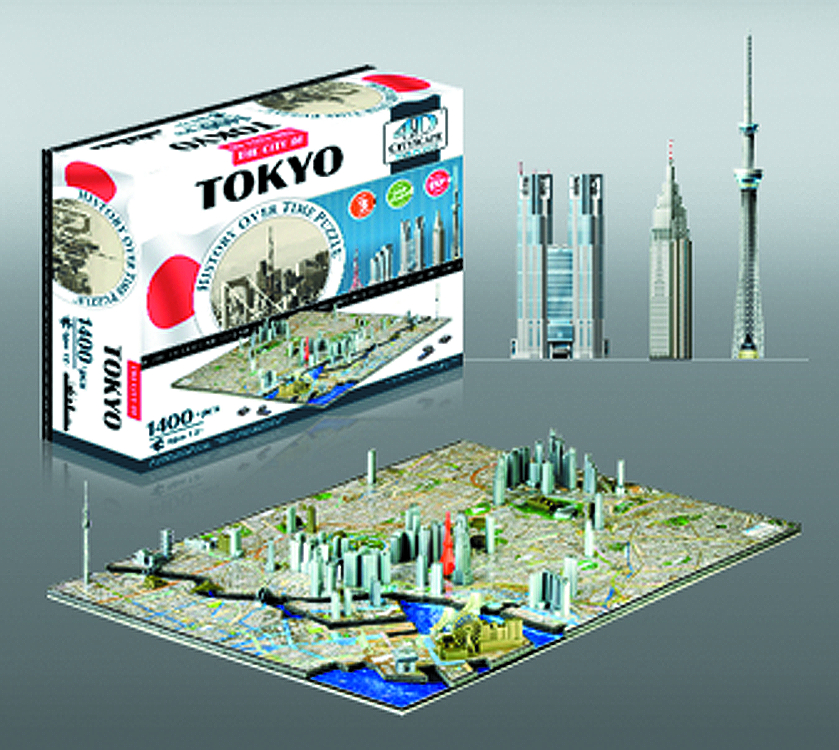 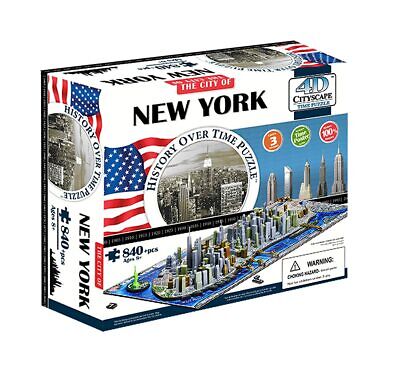 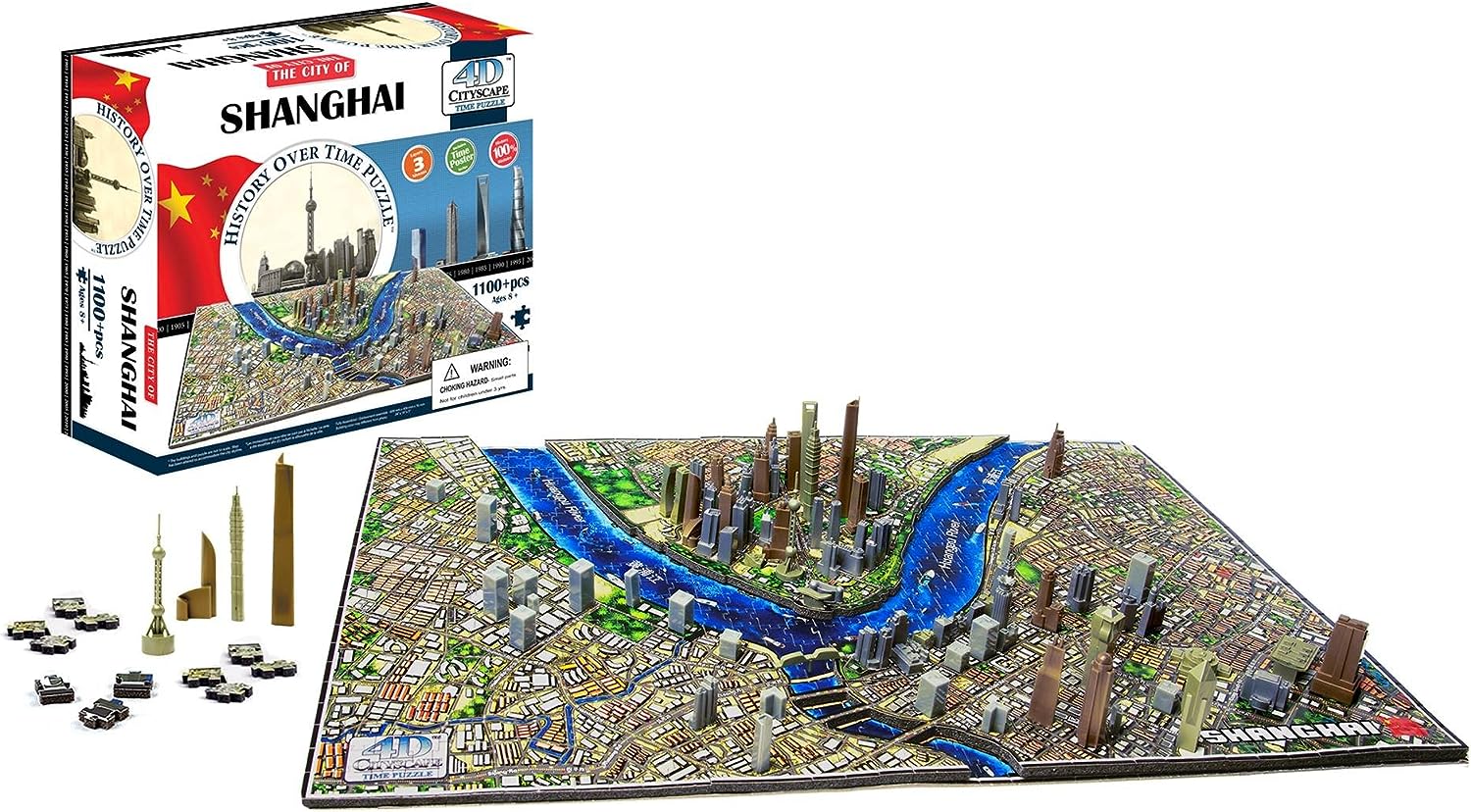